Measles: What to know

Measles: What to know

• Measles is still a common disease worldwide, which accounts for approximately 100,000 deaths annually
• Measles is a common vaccine preventable disease of travel
• Measles is highly contagious, 5 times more contagious than influenza
• There is a vaccine available for measles, in the form of the Measles, Mumps, Rubella (MMR) vaccination
• Vaccination is available through your GP in Australia, and most are provided free through a government program

You may have heard of the recent outbreak of Measles in Brooklyn, USA, resulting in over 600 cases of the disease being reported throughout the New York area. What you may not know is that measles is not new or uncommon in travel medicine. There is an estimated 230,000 cases every year, with approximately 100,000 deaths, mostly in children residing in the third world. There have also been several other epidemics this year in other countries. The Sudan and Lebanon both reported 1100 cases from January to March 2019, and Algeria had a whopping 10,000 cases from January to April alone.
Measles is a viral infection, which is spread by coughing, sneezing or even breathing in the airspace of someone infected up to 2 hours after they have left. It is very contagious, 5 times more contagious than influenza. Once infected, it takes between 1-3 weeks to show any symptoms. These symptoms usually start like a common cold with a runny nose and a cough, as well as fevers, conjunctivitis and a rash that starts from your head and spreads downwards over your chest, back, arms and legs. Measles can result in serious complications such as a chest infection (pneumonia), severe diarrhoea or swelling of the brain (encephalitis).

Prevention is important, and the best way we can prevent the spread of measles is to ensure that you have immunity. Vaccination is available for measles in the form of the measles, mumps, rubella vaccination. This is given routinely on the immunisation schedule at 12 and 18 months. It can also be given to infants between 6-12 months if they are travelling to an area of higher risk of measles exposure. For those born during or after 1966 in Australia, you may have only received one dose of the measles vaccination. Consider discussing this with your GP, as you may be eligible to receive a booster vaccination. The MMR vaccination is free through a government program for those born in Australia during or after 1966. Certain patients cannot receive the MMR vaccination (such as those who are pregnant or are being treated for cancer), so it is important to discuss your health with your GP prior to receiving the vaccination.
Dr Katherine Dent
Certificate Travel Health 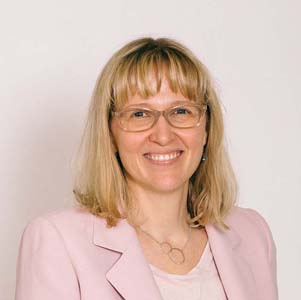 Katherine graduated medical school in 2004 from the University of Queensland. She has worked in many different places such as North Queensland, Northern NSW and Western Australia before settling back in Brisbane in 2011, where she has been working as a General Practitioner since. She has worked in the NSW hospital system and has completed a Diploma of Anaesthetics, a Diploma of Medical Dermatology, and in 2013 gained her Certificate in Travel Medicine. She enjoys the cradle to the grave aspect of General Practice, as well as having a keen interest in Travel Medicine. She loves spending time with her family, travelling and has her own small business designing handbags.